Try our tours around Bulgaria giving you the possibilities to quickly explore and experience the beauties of our country form the comfort of a car, taking you to any point that you desire accompanied by a local English speaking driver which will show you the interesting bits of the places you visit!

Scroll down after the price list to read more about the different destinations.

Book any of the tours by clicking here – BOOK A TOUR!

The Boyana Church is a medieval Bulgarian Orthodox church situated on the outskirts of Sofia, the capital of Bulgaria, in the Boyana quarter. In 1979, the building was added to the UNESCO World Heritage List. The east wing of the two-storey church was originally constructed in the late 10th or early 11th century, then the central wing was added in the 13th century under the Second Bulgarian Empire, the whole building being finished with a further expansion to the west in the middle of the 19th century. A total of 89 scenes with 240 human images are depicted on the walls of the church.

The Monastery of Saint Ivan of Rila, better known as the Rila Monastery is the largest and most famous Eastern Orthodox monastery in Bulgaria. It is situated in the Rila Mountains, 117 km (73 mi) south of the capital Sofia in the deep valley of the Rilska River at an elevation of 1,147 m (3,763 ft) above sea level. The monastery is named after its founder, the hermit Ivan of Rila (876 – 946 AD). Founded in the 10th century, the Rila Monastery is regarded as one of Bulgaria’s most important cultural, historical and architectural monuments and is a key tourist attraction for both Bulgaria and Southern Europe. In 2008 alone, it attracted 900,000 visitors. If you want to be among the lucky ones who have visited this amazing site, join our tours and let’s have a great time together! 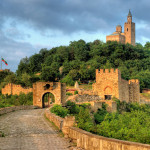 Veliko Tarnovo is hands down the most beautiful and picturesque city in Bulgaria. Often referred to as the “City of the Tsars”, Veliko Tarnovo is located on the Yantra River and is famously known as the historical capital of the Second Bulgarian Empire, attracting many tourists with its unique architecture. The old part of the city is situated on the three hills Tsarevets, Trapezitsa, and Sveta Gora. Tsarevets is a medieval stronghold located on a hill with the same name. Tsarevets is situated at an altitude of 206 m. It served as the Second Bulgarian Empire’s primary fortress and strongest bulwark from 1185 to 1393, housing the royal and the patriarchal palaces. It rises high above the skyline of Veliko Turnovo and gives the visitor a majestic view to behold. 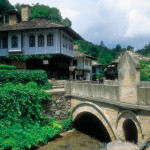 The Etar Architectural-Ethnographic Complex is an open-air museum and a neighbourhood of Gabrovo in northern Bulgaria. It is located on the northern edge of the Bulgarka Nature Park, between the park and the city of Gabrovo. It presents the Bulgarian customs, culture and craftsmanship. It spans over an area of 7 ha and contains a total of 50 objects, including water installations and houses with craftsmen’s workshops attached. As a whole, the complex’s goal is to illustrate the architecture, way of life and economy of Gabrovo and the region during the Bulgarian National Revival. You can dip yourself in the Bulgarian culture in such an authentic way that pretty much no other place in Bulgaria can offer. It is the place every visitor must experience if he wants to go back home saying that he really saw Bulgaria. 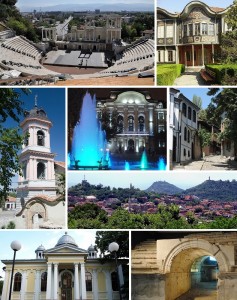 th traces of a Neolithic settlement dating to roughly 4000 BC, ranking it among the world’s oldest cities. Plovdiv was known in the West for most of its recorded history by the Greek name Philippoupolis , which was introduced in 340 BC. Plovdiv was originally a Thracian city before later becoming a Greek city, and then a major Roman city. In the Middle Ages, it retained its strategic regional importance, changing hands between the Byzantine and Bulgarian Empires. It came under Ottoman rule in the 14th century. On 4 January 1878, Plovdiv was liberated from Ottoman rule by the Russian army. It remained within the borders of Bulgaria until July of the same year, when it became the capital of the autonomous Ottoman region of Eastern Rumelia. In 1885, Plovdiv and Eastern Rumelia itself became part of Bulgaria. It is probably the most visited city in Bulgaria after Sofia, and has always amazed all its visitors with the breath taking architectural mixture it offers.

Devil’s Throat Cave, or Dyavolsko Garlo, is located in the western Rhodopes in Bulgaria, near its border to Greece. A popular tourist attraction, Devil’s Throat branches from Trigrad Gorge. Devil’s Throat is, according to legend, the route by which Orpheus, the legendary Thracian singer, attempted to retrieve his beloved Euridice from Hades in the Underworld. It is connected to lots of mystical powers and it beholds the largest waterfall inside a cave on the Balkan peninsula. Teams from all over the world have tried to connect the waterfall with different rivers but nobody has succeeded and the mystery where and how the water goes still persists until today.

The Yagodinska Cave is 10 kilometers long, 5 stories tall, and made up of many labyrinths. Visitors enter the cave through an artificial opening  and follow a special path with electric lights illuminating the beautiful and mysterious formations – stalactites, stalagmites, and cave pearls. The underground world of the Yagodinska Cave is also well known as place for young couples pledging themselves in marriage. In the natural entrance to the cave, located 10 minutes walk from the main visitor entrance, hearths dating back to 4,000 B.C. have been uncovered. These hearths are evidence of eneolithic peoples who lived in the cave during fall and winter.

Koprivshtitsa is one of the characteristic Bulgarian towns, still preserving the atmosphere of the Bulgarian National Revival period of the 19th century. The town is huddled in the mountain folds 111 km east of Sofia. The town boasts a large number of architectural monuments from the period, 383 in all, most of which have been restored to their original appearance. Collections of ethnographical treasures, old weapons, National Revival works of art, fine fretwork, household weaves and embroidery, national costumes and typical Bulgarian jewelry has also been preserved. It was here that the first shot of the April Uprising against the Ottoman domination was fired in 1876.

Vitosha Mountain TV Tower, better known as Kopitoto – “The Hoof”, after the rock outcrop (1,348 m) it stands on, is a 186 meter tall TV tower built of reinforced concrete on Vitosha Mountain near Sofia, Bulgaria. The footprint of the tower has the shape of a hexagon with three of the sides extended (i.e. almost triangular). From the tower there is a commanding view of Sofia, and the tower can be seen from everywhere in Sofia, making it a landmark of Sofia’s skyline. It is the second tallest television tower in Bulgaria. It’s a magnificent and majestic view over Sofia which attracts young people and tourist every day and is a beautiful experience to overlook and grasp the city that you have just visited.

Book any of the tours by clicking here – BOOK A TOUR!